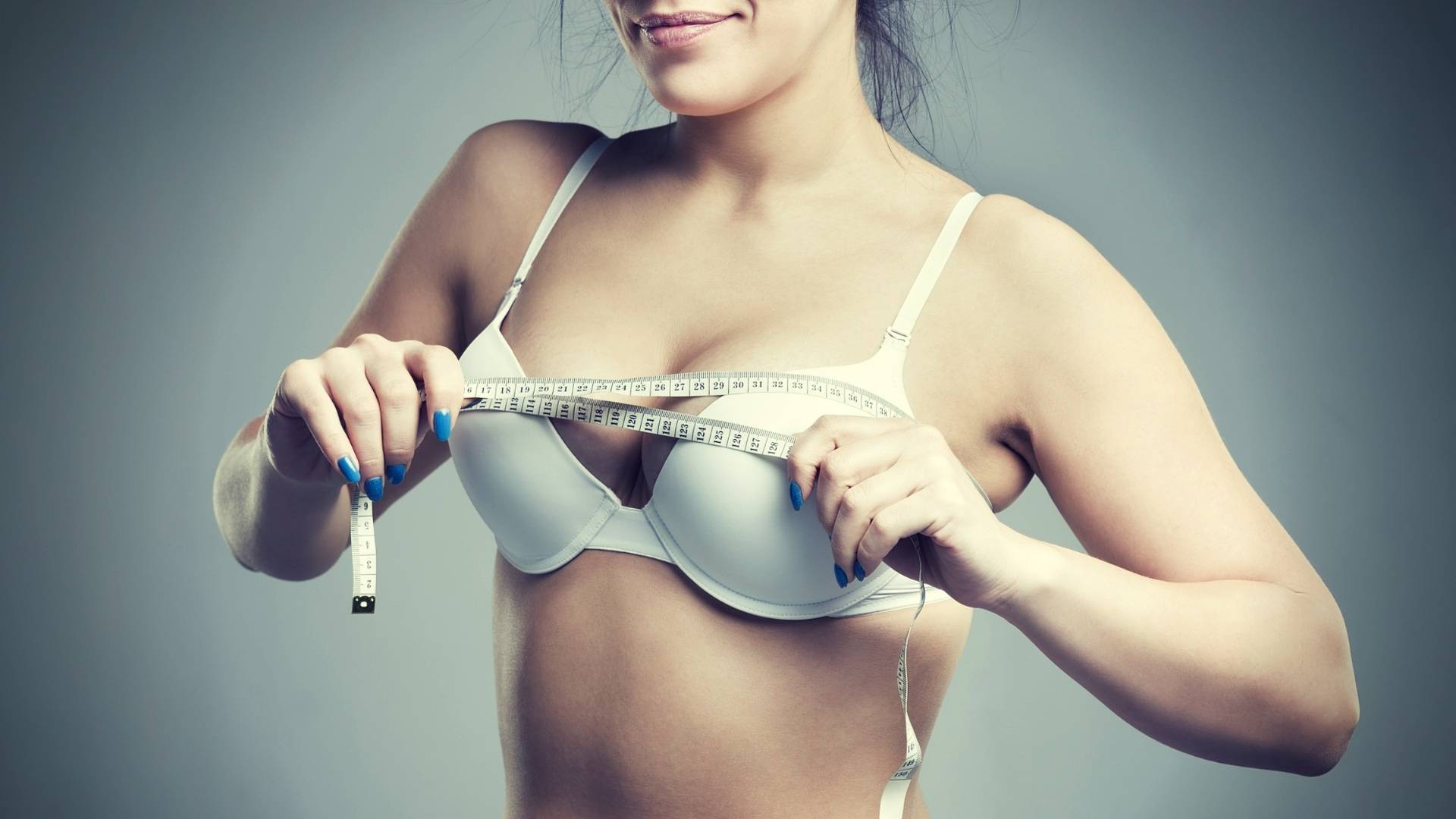 You may have heard about Pueraria Mirifica and its many amazing benefits. There’s been an upsurge on Pueraria Mirifica supplements and topical lotions and creams in the past few years. Apparently, using or consuming it will give you so many benefits. But it can be hard to understand (not to mention overwhelming) if you’re presented with all those benefits all at once. So, why don’t we focus on just one? In this article, we’re going to go in-depth on the effects of Pueraria Mirifica breast growth supplements.

Pueraria Mirifica is the scientific name of a plant found in Myanmar and Thailand. In Thailand, where it’s now endemic, it’s known as Kwao Krua Kao. Traditional Thai medicine has used it for centuries. It’s used as a memory enhancer, immune system booster, and anti-aging supplement.

Pueraria Mirifica is part of the bean family. It has a tuberous root that’s dried, powdered, and then consumed. This type of preparation isn’t new. According to an ancient Burmese text written in the 13th century, the powdered or pounded root should be mixed with cow’s milk before consuming.

Like most beauty-enhancing supplements, most of the varying Pueraria Mirifica breast growth reviews were anecdotal. Some experienced an increase in breast size, some did not.

But what most online reviews agreed upon was that consuming the supplements for the suggested amount and period made their breasts look and feel fuller and firmer. You can still find reviews from blogs and YouTube videos online that documented Pueraria Mirifica breast growth before and after  results.

To date, there haven’t been any large-scale studies done to cement the link between Pueraria Mirifica and breast enlargement. Some small case studies do exist. However, they have no clear definitive proof that either supports or debunks the claim. 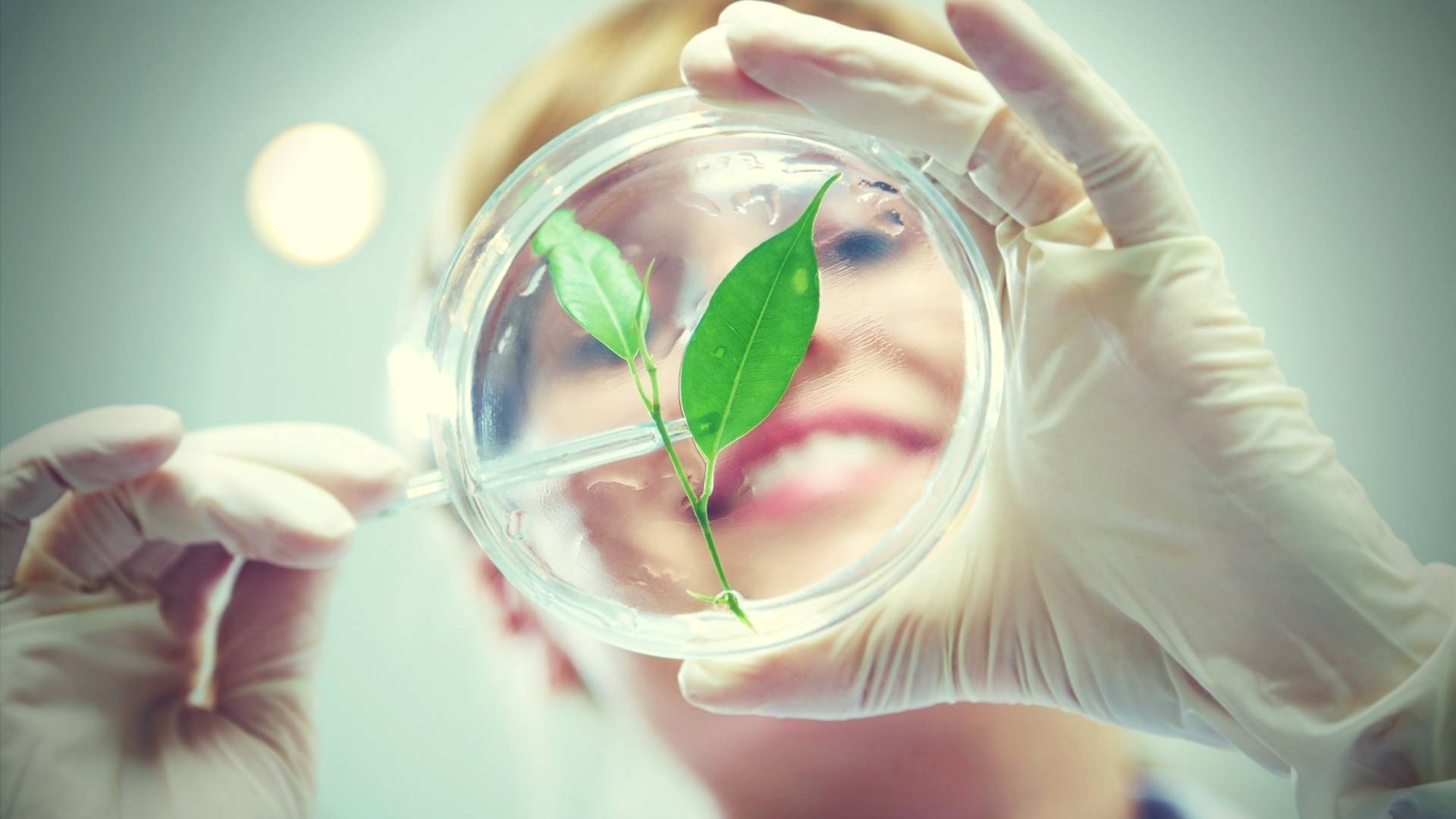 So, if there’s no conclusive evidence surrounding it, why is it that a considerable number of women who consumed Pueraria Mirifica breast growth supplements experienced changes in their breasts?

And just to get it out of the way: no, it’s not a placebo effect.

Pueraria Mirifica has, in fact, several chemical compounds that are scientifically-proven to have an effect on the breasts. They’re called phytoestrogens, or plant-based estrogens.

Estrogen is a hormone naturally produced by the body. In science and medicine, it’s known as the primary sex hormone for women, though men also produce it in small amounts. In women, there are three major forms or kinds of estrogen: estrone or E1, estradiol or E2, and estriol or E3.

Estrogen is an important hormone, especially for women. It’s the hormone responsible for keeping their reproductive system healthy. Some of the main functions of estrogen include the following:

Aside from these, estrogen also helps develop a woman’s secondary sex or female characteristics. And yes, that includes breast growth. In fact, estrogen is one of the two most important factors for breast development. Without it, the breasts won’t grow and mature.

Puberty is when the body starts producing and releasing estrogen. Once released, the hips start to widen and the breasts start to grow. Estrogen tells the body to store fat in the connective tissues in the breasts and hips. It’s why women’s bodies curve in a way that men’s bodies don’t.

Because the body naturally produces estrogen, you’d think that every woman will naturally have big, firm breasts. That isn’t the case, though. Estrogen production varies from person to person. And on top of that, estrogen levels fluctuate throughout a woman’s menstrual cycle. It’s why there are some days when women’s breasts feel tight and sore. It’s also the reason why a woman’s breast size changes throughout the month.

Aside from directing the body to store fat in the breasts, estrogen also causes the milk ducts in the breasts to inflate. This is to prepare them to produce and store up breast milk should the body need it.

A woman’s estrogen level is at its peak during her ovulation and menstruation. This is also when her breasts are at their biggest and firmest. So, if you can maintain a high enough level of estrogen every day, the size increase and fullness will be permanent. 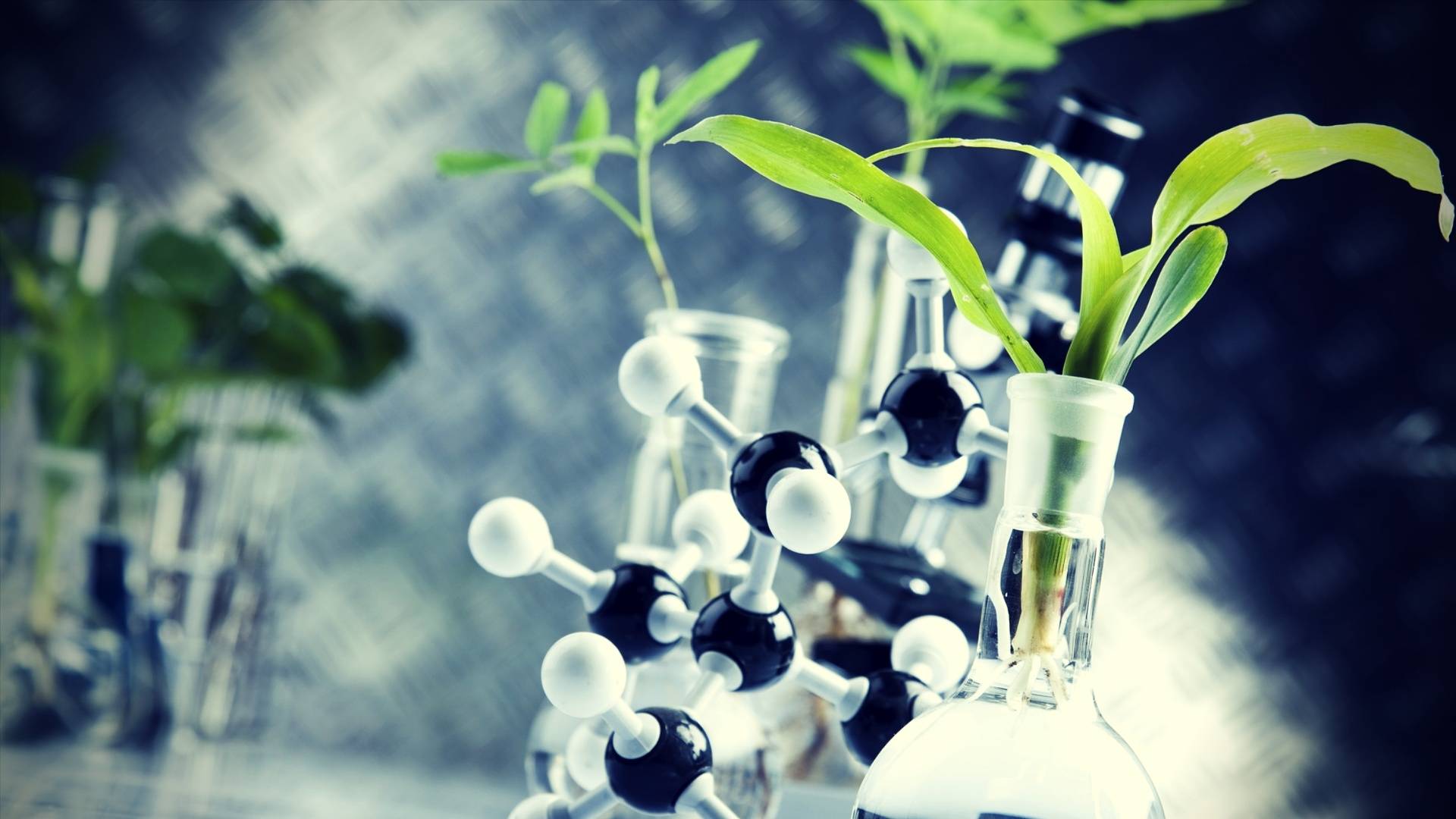 This is why Pueraria Mirifica has been such a standout in Thailand for centuries. The plant is a natural source of phytoestrogens, which has the same effects on the body as animal and human estrogen. It’s also why the plant has gained much attention in recent decades.

But how do phytoestrogens breast enhancement supplements works? The answer is threefold:

Estrogen stimulates breast growth, and the phytoestrogens in Pueraria Mirifica do the same. We’ve already discussed that estrogen causes fat to collect in the connective tissues in the breasts. It also causes the milk ducts to enlarge. Taking enough phytoestrogen-rich Pueraria Mirifica supplements should increase your breast size.

But what about sagging breasts? Of course, the bigger and heavier your breasts are, the more they’ll sag. But age plays a big deal in it, too. As women age, their skin becomes less elastic.

Think of skin as a piece of rubber band. While still young and new, you can stretch it taut and expect it to spring back to its original shape without any problems. This is why younger women naturally have perkier breasts.

But with age, that once-springy rubber band loses elasticity, its springiness. It might spring back, but it’s looser, and not to its original shape. The same goes for aging women’s skin. Their skin can still have a bit of elasticity, but not enough to be able to support the breasts, causing them to sag.

Estrogen and phytoestrogens supplements for the breast growth can improve the elasticity of the skin. Because the body’s estrogen production decreases with age—and eventually stops during menopause—supplementation can help improve and maintain the skin’s elasticity. In fact, a study has shown that using topical treatments with estrogenic compounds improves skin elasticity. 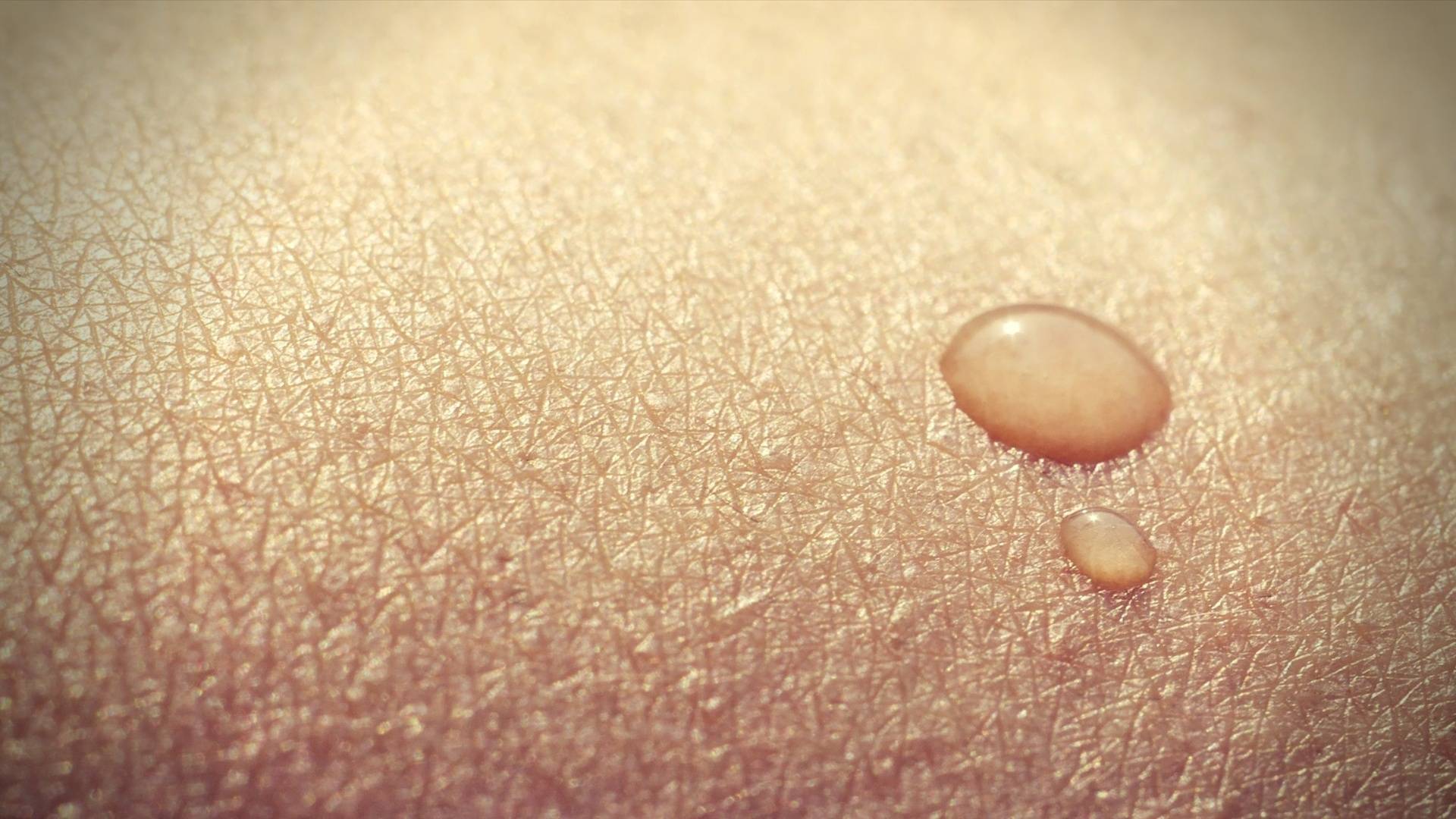 Another beneficial effect of phytoestrogens is their ability to improve skin hydration. This is beneficial, because skin hydration improves the skin’s elasticity. It also delays skin aging.

Now, it might seem common sense that you’d only need to drink more water to hydrate your skin, but that’s actually a myth. There’s no definitive scientific proof that drinking water will keep your skin hydrated.

To be clear, drinking water does have a positive effect on the skin, but drinking water alone won’t give a drastic effect on skin hydration. Because you’re taking water on the inside, it will hydrate your insides first. It’s absorbed into the bloodstream, and then filtered by the kidneys. And then it hydrates the cells of your internal organs first – meaning the skin gets what’s little water that’s left.

So just drink more water, right? Wrong. In fact, too much water consumption is a bad thing, too. You can’t just keep drinking more water in the hopes that it’ll eventually hydrate your skin.

What you can do is use an effective moisturizer to trap moisture when your skin is still hydrated – for example, right out of the shower. While any emollient lotions or best breast enhancement creams can do the trick, it turns out that phytoestrogen-rich topical treatments are better at keeping the skin hydrated.

Back in the day, when people want breast augmentation or enhancement, surgery is the only definitive answer. But aside from the fact that not everyone might be willing to go under the knife, not everyone can afford the high price tag, either.

It’s easy to see why Pueraria Mirifica has taken up the world by storm. Here’s a relatively inexpensive and natural breast growth herbs to enhance your breasts – with a handful of other benefits included. Who can resist trying it out?

How about you? Would you like to try out the wondrous effects of Pueraria Mirifica on breast growth? If you want bigger, fuller, firmer breasts, check out our supplements to make breast fuller and buy the best breast growth products right now!